HPMA generally has a relative molecular weight of 400-800, is non-toxic, easily soluble in water, has high chemical stability and thermal stability, and has a decomposition temperature above 330 °C. HPMA is suitable for alkaline environments. Because HPMA is excellent in scale inhibition performance and high temperature resistance, it is widely used in seawater desalination flash units and low pressure boilers and industrial circulating cooling water. In addition, HPMA has a certain inhibition effect, and it has better corrosion inhibition effect with zinc salt.

HPMA can also be used as a cement admixture, a saline-alkali soil improver.

3. the method of use

When used alone, HPMA is usually used at a concentration of 1-15mg/L. It is often combined with an organic phosphonate for use in circulating cooling water treatment and in-furnace treatment of low-pressure boilers. It has a good effect of inhibiting scale formation and stripping of old scales. The scale rate can reach 98%. After the ratio of EDTMPS and HPMA is 1:3, it can be used for water treatment in low pressure boiler furnace. When HPMA is combined with zinc salt, it can effectively prevent corrosion of carbon steel.

HPMA is acidic. Pay attention to labor protection during operation. Avoid contact with skin and eyes. Rinse with plenty of water after contact.

HPMA is packaged in plastic drums, 25kg per drum or as determined by the user. The storage period is twelve months. 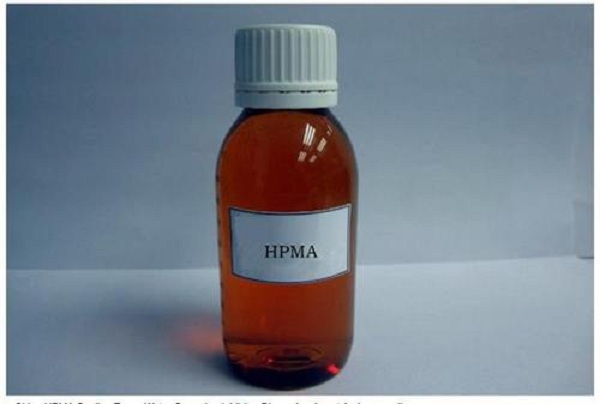